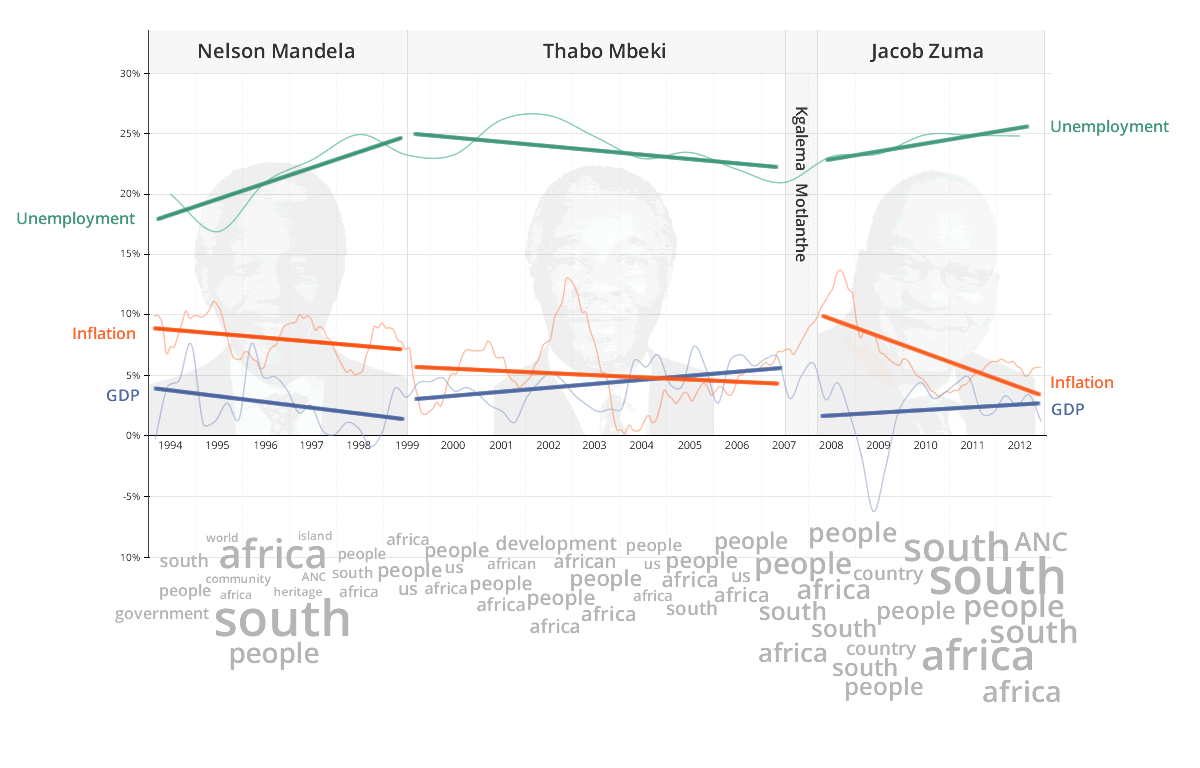 As any person who reads the news in South Africa, I’m prone to the problem of having a two week memory of news that made headlines. But our brains fool us into thinking that we remember more of the past and are better able to predict the future. At the time of writing this (17 Feb 2013), the following news items about Jacob Zuma were published:

As with all quick news reports, it tends to focus on a particular issue that will be newsworthy and helps confirm people’s biases, whichever way they may lean. You seldom get a clear picture of the track record of a president, only a snapshot of current sentiment. It seems to me, the job of a president that wants to stay is power is to first manage public opinion, and then to be in charge of running the country. How do you tell if they are doing a good job on the second part? At this point, I read a lot of negative sentiment around Jacob Zuma. The usual “the country is falling apart” rhetoric mixed with cultural biases around his behaviour that is contrary to what is deemed acceptable.. Also there are our biases towards viewing short term change in economic indicators as representative of a longer term trend. When the Rand weakens against the dollar or inflation goes up, without looking at a much longer timeline, these data point blips shouldn’t matter. Any short term negative change is usually highlighted in the news and tends to cloud the view of actual job performance.